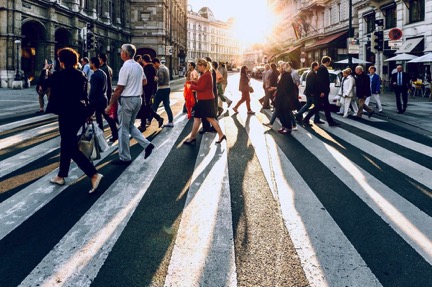 Our national understanding of PTSD began near the end of World War I with the term “shell shock.” It only referred to soldiers who had been near explosions, but the definition began to expand when other soldiers were seen with similar symptoms. It wasn’t until the 1980s that the modern conception of PTSD was first established.

As we learn more about how the human body and mind respond to stress and as knowledge of PTSD becomes more common, we’ve started asking questions like who suffers from PTSD? And, can abusive relationships cause PTSD? Or, what is the relationship between PTSD and gun violence?

Many people who have not seen combat experience symptoms that fit into the PTSD diagnosis, with a few key differences. Though it’s not yet in the DSM, these symptoms are commonly referred to as Complex Post Traumatic Stress Disorder, or C-PTSD.

C-PTSD is very similar to PTSD, though it is developed through prolonged exposure to traumatic stress, rather than a single traumatic event. Trauma experienced on an ongoing basis may include things like chronic sexual, physical or psychological abuse, and victims of gun violence. Because of this difference, C-PTSD is also sometimes referred to as continuous traumatic stress.

One common experience for those affected by C-PTSD is the loss of a sense of safety and trust that victims experience, and even a loss of a sense of self. This can greatly affect the way a person sees him or herself, painting themselves in a negative light and feeling shame, guilt, or helplessness. While these feelings are often pervasive, treatment is available—trauma therapy can help immensely with the healing process.

Who is Affected by C-PTSD?

Anyone who suffers from PTSD and C-PTSD should seek the help they need to develop coping mechanisms for a more fulfilling life. Although it used to be associated with victims and witnesses of combat or large scale disasters, C-PTSD is also a natural response to very personal traumas.

It’s impossible to cover all of the possible causes in one article, so if you experience PTSD symptoms, please reach out to a PTSD therapist near you even if you do not relate to any of the causes listed below:

The symptoms of C-PTSD can vary from person to person, but there are common experiences that are associated with the diagnosis. It’s important to note that a person’s symptoms may also change over time. C-PTSD symptoms may include:

These symptoms can make it difficult to go about daily life and can cause relationship issues. Difficulties with trust, self-esteem, and emotional detachment can put a strain on relationships both romantic or platonic. If you’ve experienced these things affecting your relationship, consider trying couples therapy or family therapy.

If you are experiencing any of the symptoms listed in this blog, or if you think you might be affected by C-PTSD, please do not hesitate to contact Philly Family Life Counseling via our online form or by calling (215) 677-3810. If you call between the hours of 9:00 AM and 6:00 PM on business days, one of our team members will be available to assist you in setting up an appointment with the right therapist for you.

Experience A Difference Schedule An Appointment

We work with a wide range of emotional and behavioral issues providing services that
span from therapy for depression and grief counseling to parenting support, couples counseling and beyond.